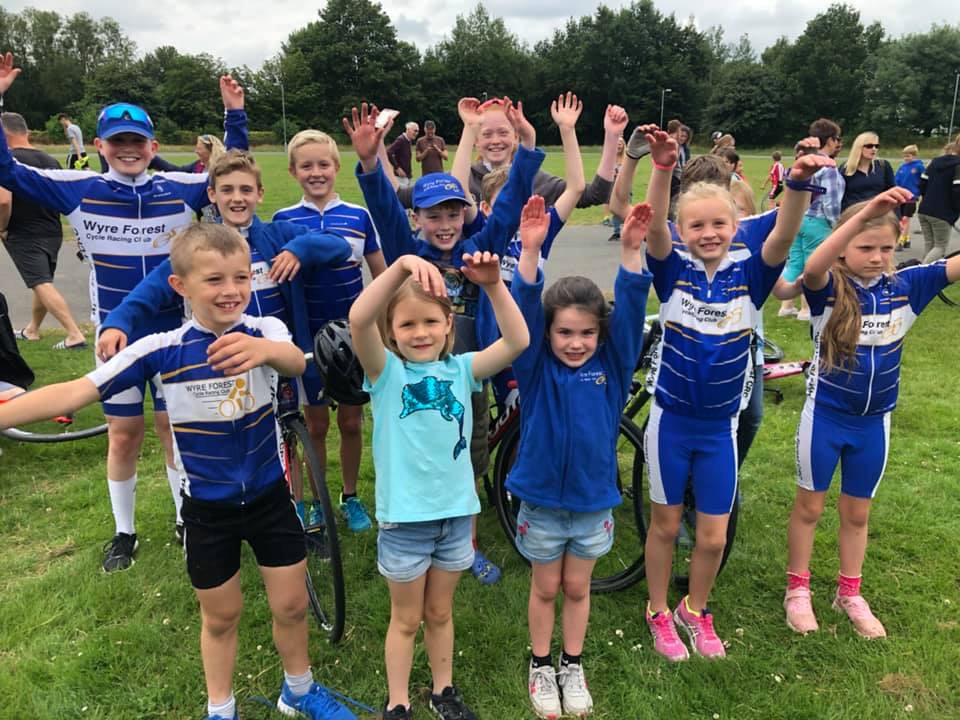 It has been another superb few weeks of racing for the club and its members as the summer season starts to draw to a close ahead of the impending cyclocross and track racing seasons.

Solihull CC hosted the final round of the West Midlands Youth circuit in glorious sunshine with fifteen club riders taking part to cap off what has been a fantastic year of circuit racing by all of the youth riders. The U8 races started the days events with four club riders in the U8 girls category with Ruby Bentley finishing on the podium yet again with an excellent 2nd place finish, closely followed by Emma Saunders in 4th, Molly Cook 6th and Ivy Gregory 7th. In the boys race Jayden Cook finished in 11th place

In the U10 race Caitlin Pridden secured an excellent 5th place in the girls race, whilst four riders took part in the boys race. Highest placed finisher on the day was James Saunders in 6th, followed by Zac Crozier 8th, George Gregory 12th and Harry Lane 13th.

There was another win for Max Hinds, who has dominated regional racing, in the U12 category with fellow club mates William Pridden and Joe Greening finishing in 12th and 17th place respectively. In the U14 girls race Joe’s older sister Kim Greening secured a 6th place whilst Aimee Lane gained another podium in the U16 girls race after taking 3rd place. 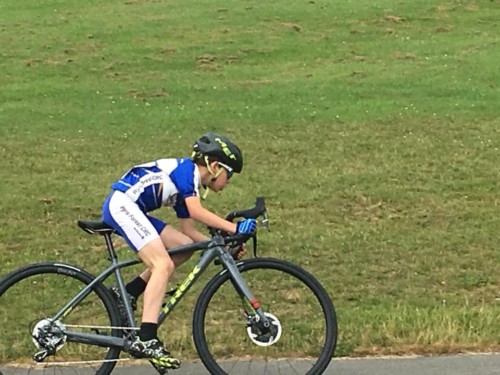 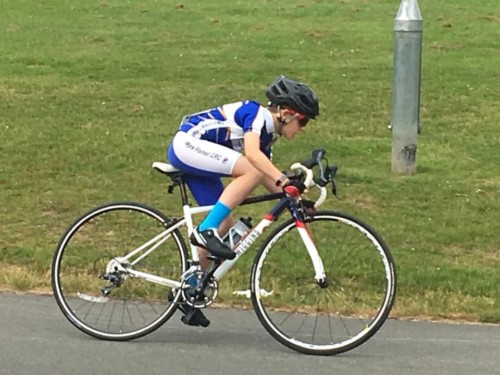 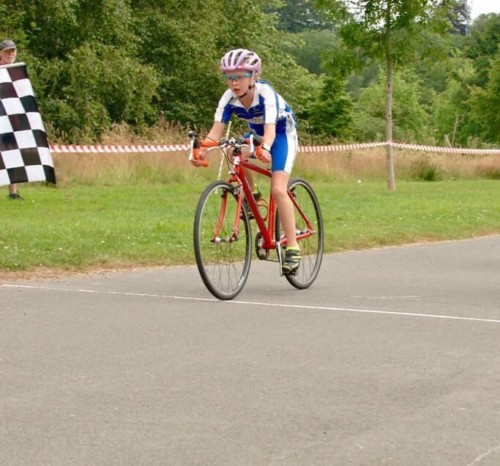 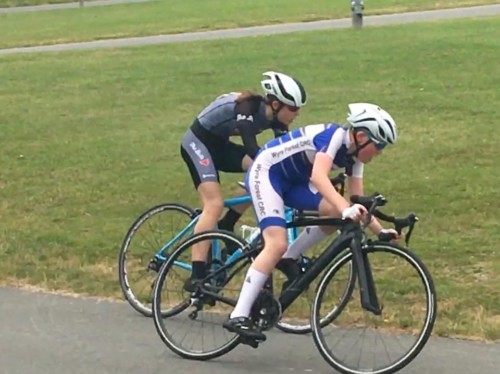 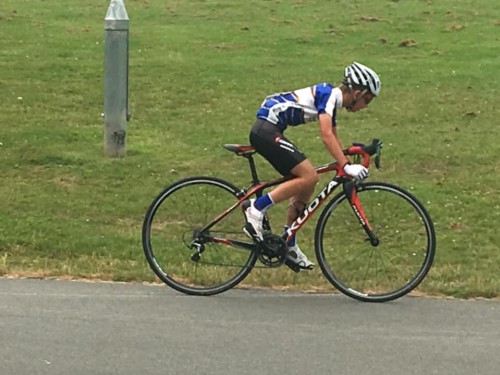 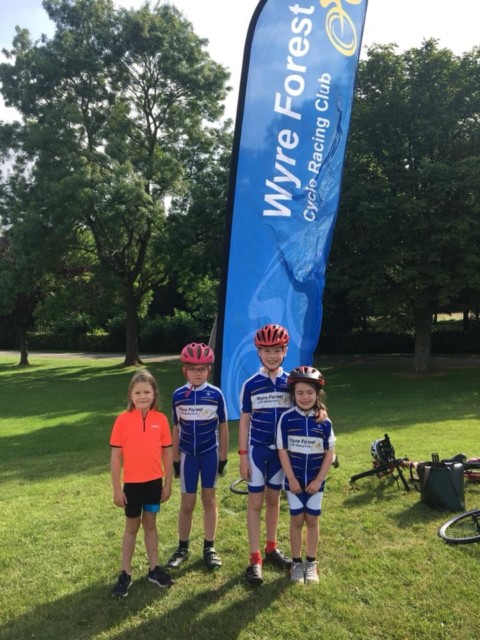 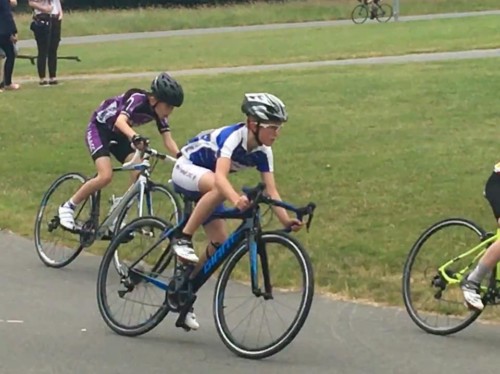 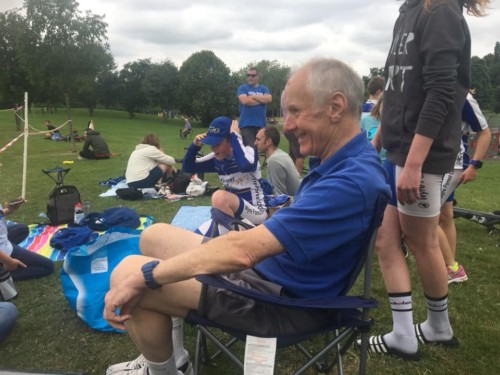 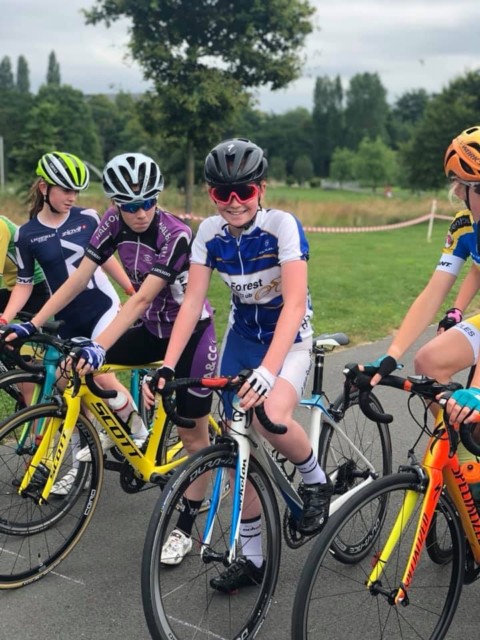 It has been a truly fantastic year of racing by all of the youth riders from the club throughout the season which has been matched by superb support throughout, and has enabled the club to finish second overall, only just pipped by Solihull CC. Four of the club riders finished in podium places at the end of the season and three riders won their age categories overall. Final placing by riders as followed:

Charlie Genner had another good ride at Stourport in round 11 of the summer series event finishing in 5th place in the 3/4 Category race to pick up a further 5 BC points and move closer to his second category licence.

I made the midweek trip up to Welshpool after work to take part in the Oswestry hosted open event on the D25/24R course.  Whilst it is not the quickest TT course it is an enjoyable one which I would recommend for anyone looking to do their first 25 mile TT featuring fairly light traffic and a good road surface throughout.

I managed to get my pacing spectacularly wrong though on the night going out way too hard for the first 10 miles in a time some 40 seconds above my 10 mile PB.  However, the problem was it was a 25 mile event and a headwind on the way home so I ended up dying what felt like a thousand deaths on the return leg  inevitably failing to go under the hour with a finishing time of 1:03:25 in 26th place at an average of 23.7mph. 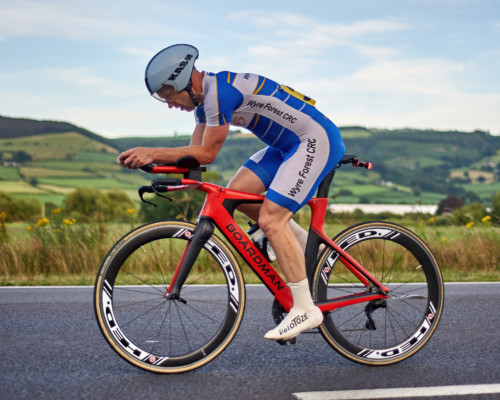 It was another successful road trip for Max Hinds and family who travelled down to the Odd Down circuit and picked up another win in the U12 boys event. 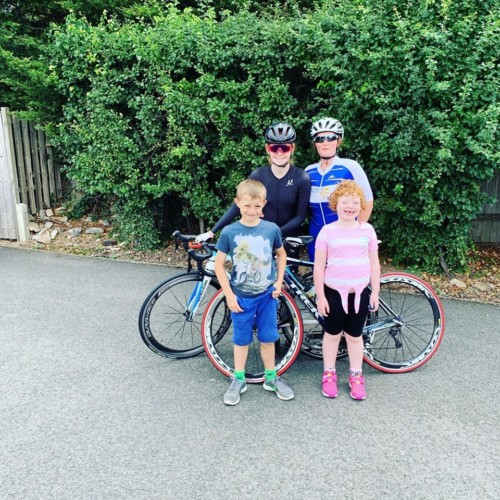 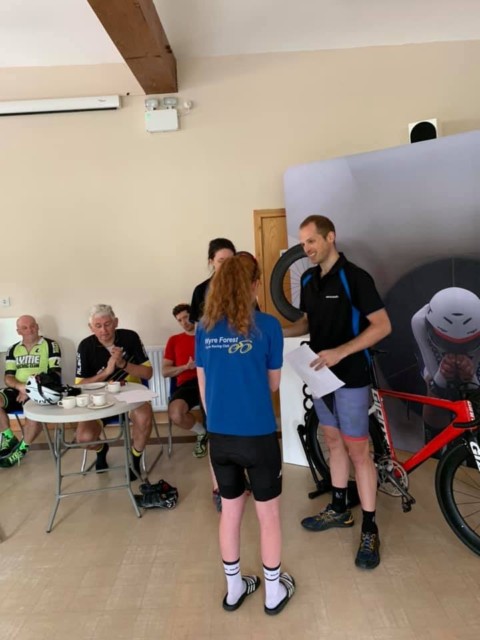 Posie Forrester took part in the prestigious national omnium event at Manchester Velodrome in a field packed with some of the very best national youth talent and picked up a superb 21st placed finish overall. 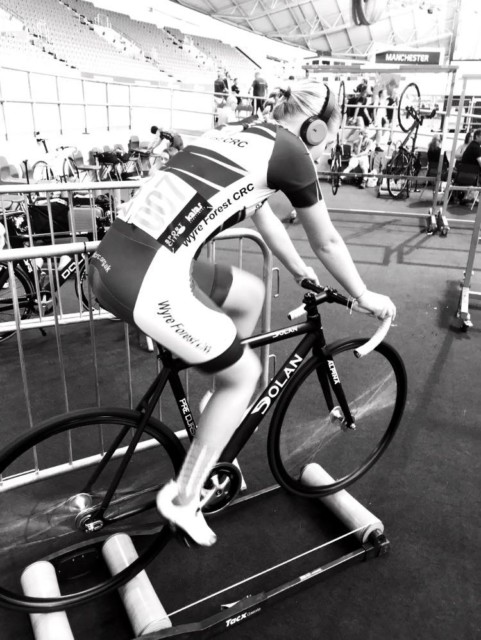 Charlie Genner finished in 13th place in the 2/3/4 Richie Milner memorial road race on the Moreton in the Marsh course to pick up 3 further BC points and secure his 2nd category licence, which is a truly outstanding achievement in his first year of competing in road racing. It was also nice to secure this in such an important race which has very close links with some of the club members.