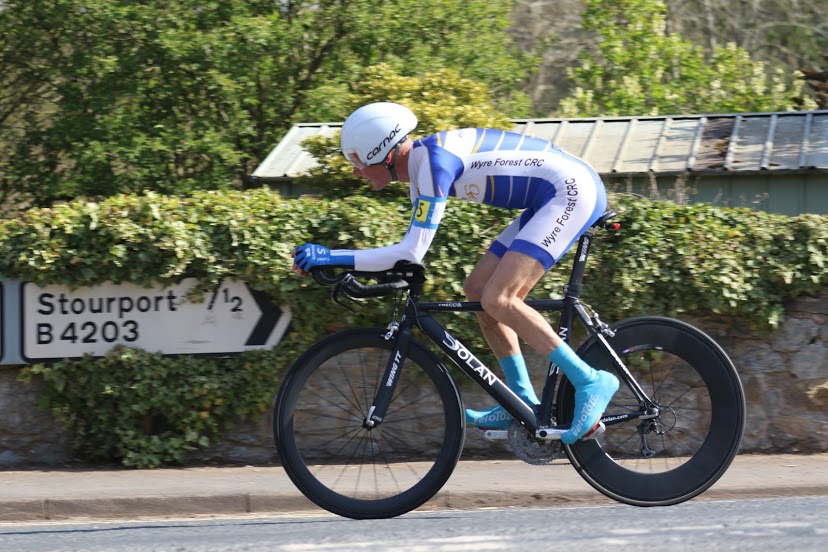 It’s been a busy week of time trials and circuit racing and it is really great to see a number of club members taking parts in events, both first timers and regular riders from U8 categories through to veterans.

Three riders made the trip to Alcester to take part in the Stratford CC hosted 10 mile time trial.  Fastest club rider on the day was Craig Hopkins with a time of 24:36, whilst Kara Tranter was the fastest female rider from the club with a time of 27:09.

A number of club riders made the trip to Curborough and this was the first race of the season for a number of them and the first ever circuit race for young Victoria Milner-Lane and Thomas Boazman who took part in the U8 category.

There were strong rides across the Board but particularly from Mollie Cook and Victoria Milner-Lane who both picked up podium places in their race and also from James Saunders  and Samuel Abbott who both secured top 10 finished in very competitive races. 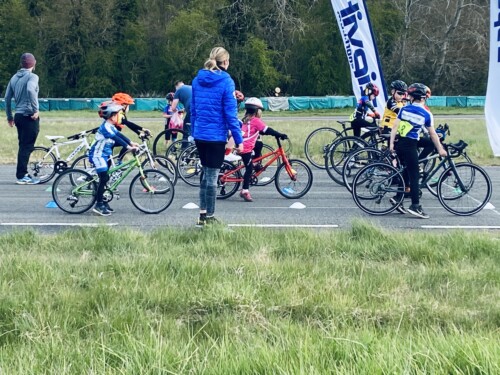 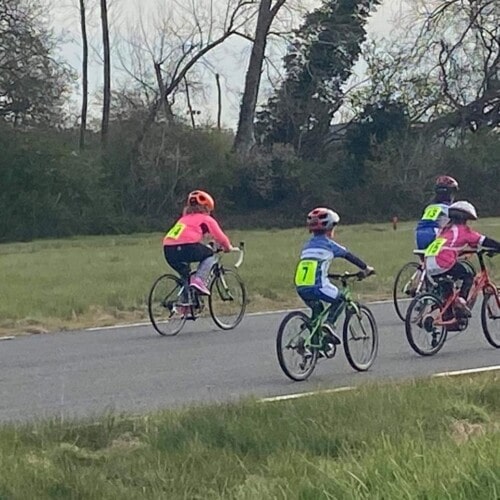 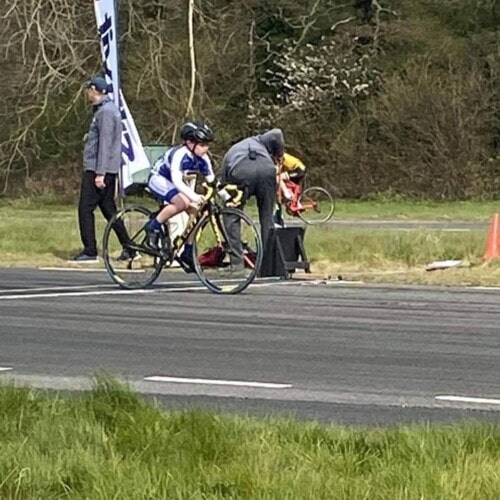 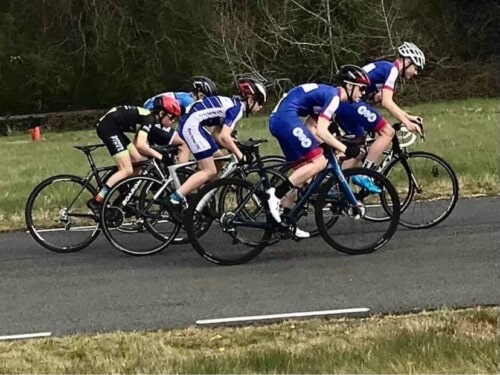 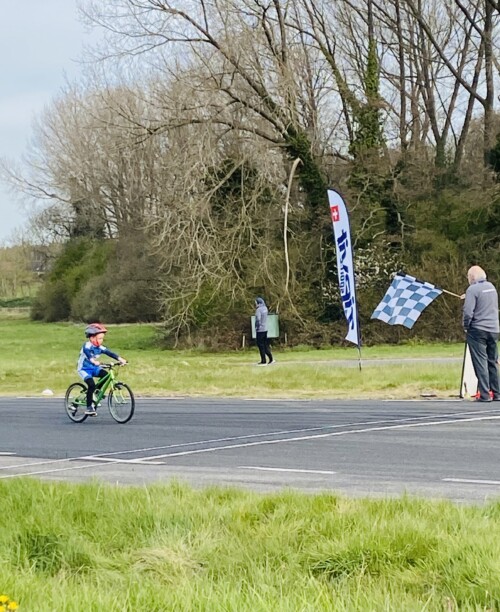 It was fantastic to see a number of club riders taking part in the Little Mountain Time Trial at Great Witley, which was as always superbly run by the Beacon roads cycling club.  Last minute roadwork’s forced a change of course, with riders ‘treated’ to two ascents of Stamford Bank plus a number of other rolling sections and climbs over the 41 mile event which is surely one of the toughest time trial courses around.   Fastest club rider on the day was David Lloyd (road bike) demonstrating his climbing expertise to finish in 2:10:39 seconds with David Briggs (TT Bike) finishing close behind on 2:13:32.  Overall winner on the dinner was local rider Richard Bussell (Aerocoach) who finished the event in a staggering 1:37:08. 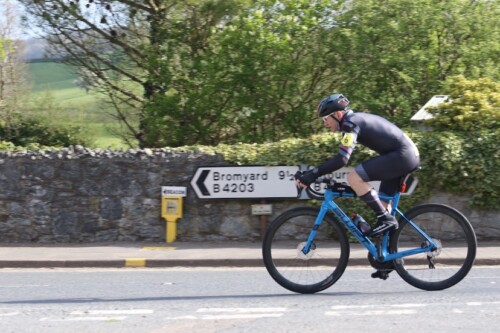 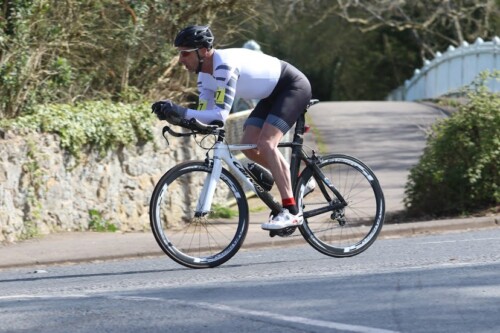 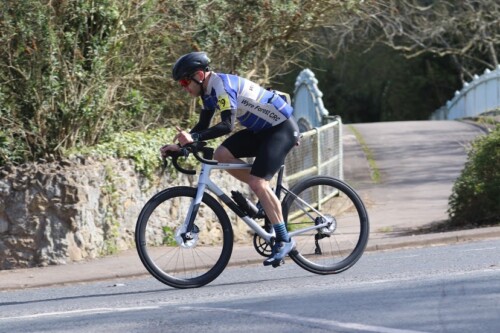 Three club riders travelled to Milton Keynes for a circuit race as part of the spring series organised by Team Milton Keynes. It was another solid ride by Samuel Abbott who finished in 5th place in the U14 boys event.  In the U16 event Kaleb and Isaac Herbert got their first taste of racing for the club and picked up an excellent 14th and 16th place finish in the U16 event. 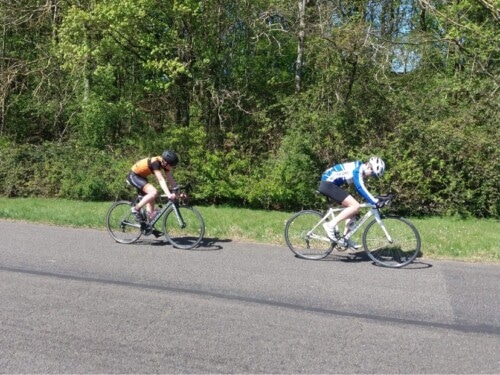 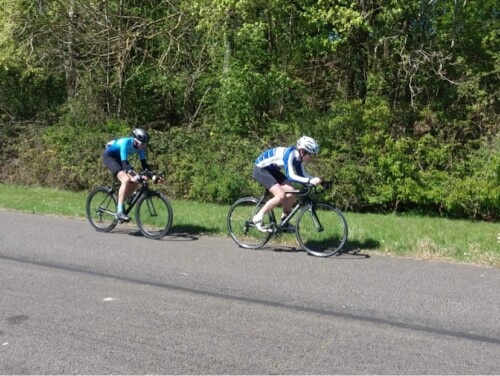 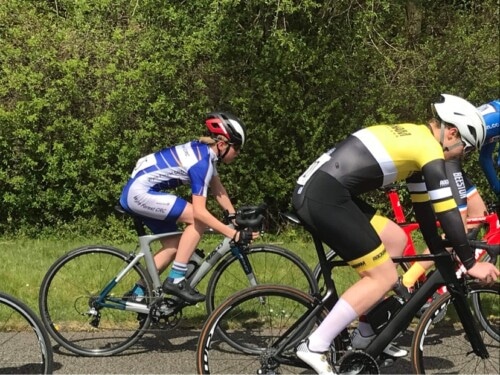